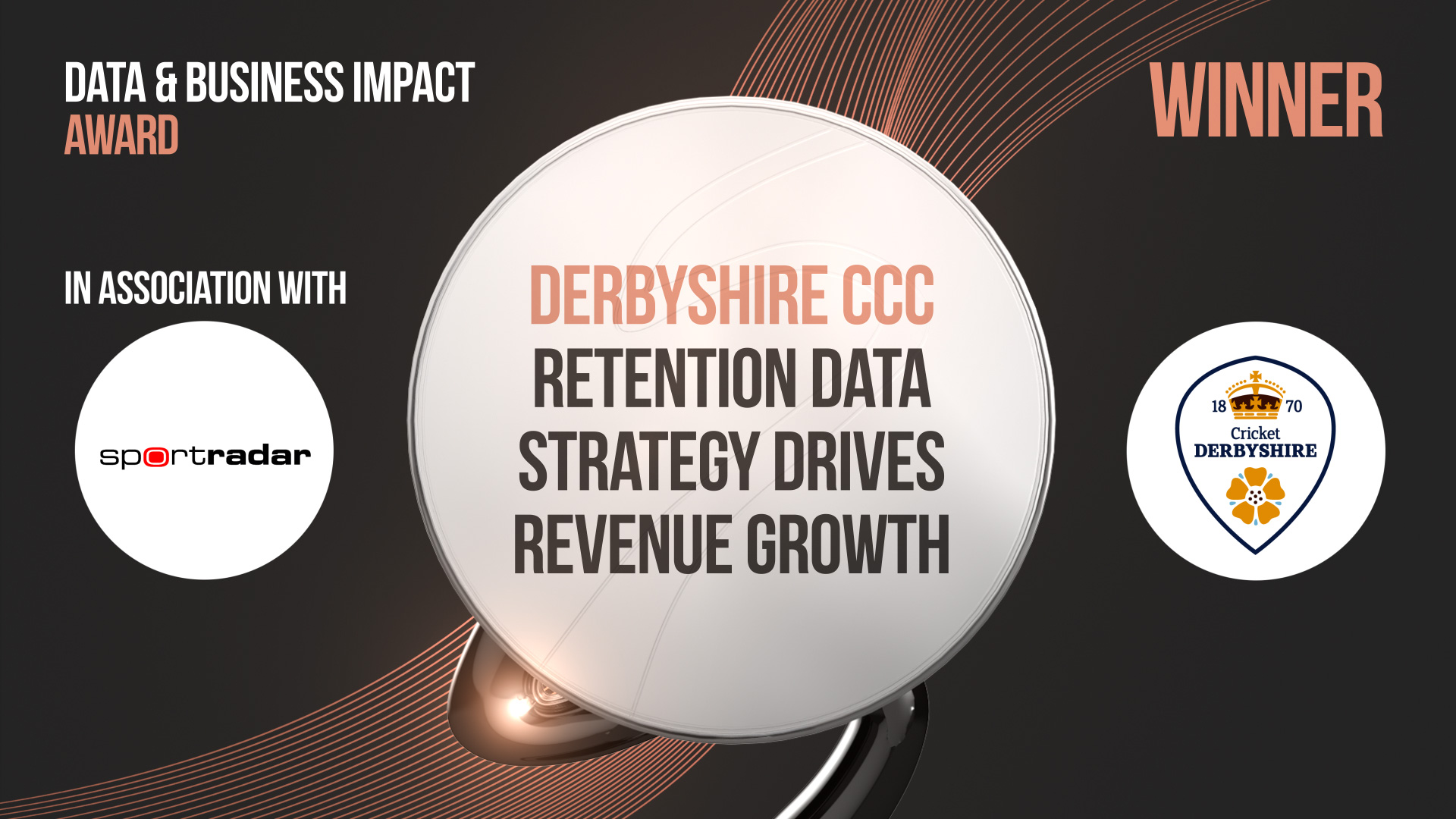 Derbyshire County Cricket Club has been presented with the Data and Business Impact Award at this year’s Sports Industry Awards.

The club was nominated for its data-driven approach to marketing the Vitality Blast local derby against Notts Outlaws, which achieved a club-record attendance in 2019 and a first sell-out in the fixture since 2013.

Derbyshire partnered with data agency Performalytics in 2017 and has since developed its strategy for an efficient and targeted use of its data to maximise marketing spend and drive engagement with its Vitality Blast audiences.

Coupled with positive results on the field, the club has seen record crowds attend Twenty20 matches at The IncoraTM County Ground, most notably the 2019 sold-out clash with Notts Outlaws in July.

The club focused its attention on the rivalry and formulated the Local Rivals Collide campaign, teaming-up with the Outlaws for a series of player challenges from which to build compelling communication in the build-up to the fixture.

Using this to underpin both direct and digital campaigns, as well as an approach to engage away supporters, the club recorded an over 40% increase in the number of advanced tickets sold for the fixture, ultimately creating the first sold-out occasion between the sides at Derby in six seasons.

In a strong field of nominees, Derbyshire were chosen as winners ahead of The European Tour, Formula 1, NFL Game Pass Europe, StatsBomb and The R&A.

The award, which was announced by Paralympic great Tanni Grey-Thompson on Thursday 3 September on the Sports Industry Awards website, is further recognition for the club’s success after winning the ECB Business of Cricket Award for the Blast It Communication Campaign in February.

Media & Marketing Manager, Tom Skinner, said: “Since partnering with Performalytics, we have put far greater emphasis on our data approach and have seen positive engagement with supporters and an increase in crowds.

“To be recognised with such a prestigious award, up against high-profile nominees, is a great reward for the hard work which goes on behind the scenes at the club and for our loyal supporter-base. We are continually grateful to Performalytics for their commitment and new ideas which help us to keep developing.

“Next year will prove a new challenge and we will need to continue learning and adapting how we use our data, but all involved with the club hope to be in a position to welcome crowds back to The Incora County Ground for more sold-out nights of Vitality Blast cricket.”

James Dickens, Managing Director of Performalytics, said: “Being shortlisted was a great achievement in itself, but winning such a prestigious industry award is truly fantastic.

“It’s a true testament to the work that goes on behind the scenes. Credit must go to the Derbyshire team who have such an appetite to test new strategies with complete confidence in the impact they can, and have, made to the business within this campaign.”